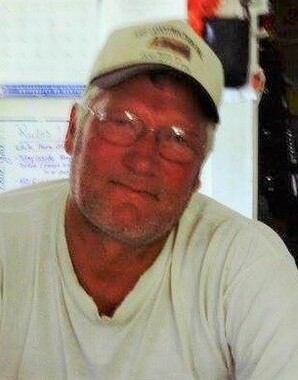 William "Bill" Fox, age 61 of Nancy, Kentucky passed from this life Monday, December 9, 2019 at Hospice of Lake Cumberland.
He was born September 3, 1958 to the late Estel Fox and Pauline Dalton Fox in Mintonville Community of Casey County.
William enjoyed fishing.
He was preceded in death by his parents; brothers, Dennis Fox; Jerry Fox; sisters, Lena Ann Fox; Janice Gay Perkins; and Judy Carol Hall.
He is survived by his daughter, Nikki Fox (Zachary) of Monticello, KY; son, Justin Morris (Bryant) of Lexington, KY; KY; brothers, Larry Fox of Liberty, KY; Mike Fox (Liz) of Russell Springs, KY; sisters, Sally Jane Mefford (Steve) of Alexandria, KY; Sue Singleton of Danville, KY; and grandchild, Grayson Simpson.
Visitation will be held Wednesday, December 11, 2019 at 5:00 P.M. in the Chapel of the Southern Oaks Funeral Home with a funeral service to begin at 7:00 P.M. with Bro. Johnny Mounce officiating.
In lieu of flowers, donations can be made to the William "Bill" Fox Memorial Fund.
Southern Oaks Funeral Home is entrusted with the arrangements for William "Bill" Fox.
Published on December 10, 2019
To plant a tree in memory of William "Bill" Fox, please visit Tribute Store.

Plant a tree in memory
of William

A place to share condolences and memories.
The guestbook expires on March 09, 2020.

Gary and Linda McClendon
So sorry to hear of Bill’s passing. We always enjoyed his company. Our thoughts and prayers with you all.
View all