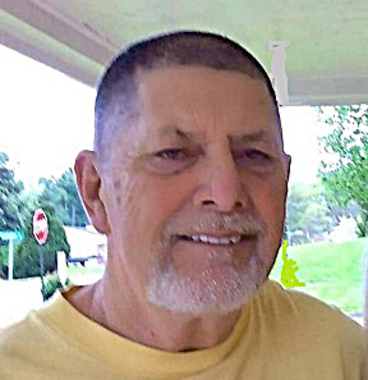 William Samuel "Sammy" Cook, age 68, of Somerset, passed from this life peacefully on Friday, December 6, 2019 at his home surrounded by his loving family.
He was born on November 9, 1951 in Somerset, Kentucky, son of the late Sam G. Cooke and Grace Daulton Cooke. He was a 1970 graduate of Somerset High School. Sam was a hardworking and dedicated employee of the old Crane manufacturing Company and Oakwood Training Center until his Retirement. During his tenure he served as a GMP Union Treasurer.
Sam gave his life to the Lord at the age of 14 and strived to live his life as an inspiration to others, He was a member of the Duke Memorial Baptist Church where he had served as a deacon. Being a family-oriented man, he was heavily involved in the lives of his children and grandchildren. In his leisure time he enjoyed restoring old vehicles and spending time with his family and friends. His kind, generous and gentle nature won him the affection of many friends. His sense of humor was perhaps the greatest reflection of who he really was, he will be sadly missed by those who knew and loved him.
He is preceded in death by his parents; Sam G. and Grace Daulton Cooke.
Sam leaves behind to cherish his memory, his loving wife of 49 years, Jan Dalton Cook of Somerset whom he married on July 24, 1970 in Nancy, Kentucky, a son; Jamie (Anna) Cook of Winterset, Iowa and a daughter; Joni Cook Denton of Somerset, Kentucky, his grandchildren; Alex Denton, Eli Denton, Lydia Cook, Corah Cook and Caroline Cook, a sister; Carol (Buck) Wilson of Somerset, Kentucky and a host of other relatives and friends.
Visitation will be on Monday, December 9, 2019 after 5:00 p.m. A Celebration honoring the Life of William Samuel "Sammy" Cook will be at 11:00 a.m. on Tuesday, December 10, 2019 in the Chapel of Somerset Undertaking Company with Bro. Randy Smith and Sam's son Jamie Cook Officiating. Interment will be in the Somerset Cemetery.
In lieu of flowers, contributions are suggested to Hospice of Lake Cumberland, 100 Parkway Drive, Somerset, Kentucky
Somerset Undertaking Company is honored to be entrusted with the arrangements for Mr. William "Sammy" Cook.
Published on December 7, 2019
To plant a tree in memory of William "Sammy"   Cook, please visit Tribute Store.

Plant a tree in memory
of William

A place to share condolences and memories.
The guestbook expires on March 06, 2020.

Sandy Cook Vaughn
He was great guy who I love as Uncle sweet and loving and kind I can't put into words how I cared for and how sweet he was
Bill & Regina Vanhooser
Special prayers and condolences to the family . Sorry for your loss.
Kimberly Brasher-Crowe
I offer my sincere condolences to Joni and the entire Cook Family at the loss of such a good man, I am so sorry.
View all