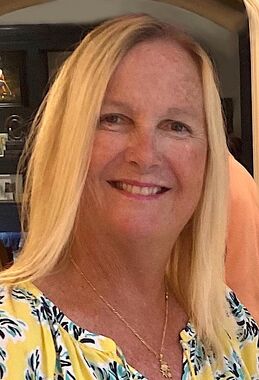 Back to Terry's story

Teresa Lynn Martin Miller was born in Charleston, WV on Feb. 15, 1959 to the late Thomas Wesley Martin and late Carolyn Sue (Childress) Martin. She lived in Kansas City, Kansas for a short time until kindergarten, then her family moved to Lexington, KY. She was the first Tates Creek class to attend all grades 1-12 to graduation. She was selected 9th Grade Outstanding Girl of the Year at Tates Creek Junior High School 1973-1974. One year later she was a Tates Creek High School Cheerleader and met her husband to be in 5 years. She graduated from Tates Creek High School in 1977, and later UK as a Registered Nurse. She worked in nursing at St. Joe's, UK hospital, and the Central KY Blood Center, where she sometimes drove the bus, or would needle point on her way to Eastern KY to draw blood. She left nursing and joined her husband Tom purchasing and running a Convenient Food Mart on Richmond Rd. in 1980. Terry and Tom were selected co/Convenient Food Mart Operators of the year in 1982, sharing the award with the other Convenient Food Mart on Richmond Rd. in Lexington owners who had sold their store to Tom and Terry. In 1986 she and her husband and 2 small children sold their store, and moved to Berea, KY, and purchased 2 more Convenient Food Mart's, which later changed names to Dairy Mart. There they also started a fast food hamburger restaurant called TNT Express which stood for (Tom and Terry). They moved to Somerset in the summer of 1995, and soon after, she persuaded the Lees Ford Marina owner to let her help him sell boats, by taking him a dozen donuts each time she saw him. She soon developed a reputation as personable, honest, and followed through with what she said.
She and her husband opened "Houseboats Buy Terry" in 2004 at Conley Bottom Resort. Her passion was boating and helping people. She loved helping families find a boat to enjoy lake life with. She was often referred to as "America's Houseboat Queen", because of her vast knowledge of houseboats, and how many people she had helped. She sold boats nationwide, as well as worldwide. She enjoyed knitting and giving away dishrags, painting, gardening, and was an excellent cook.
This past year she battled not only Cancer, but the loss of her office houseboat and pontoon boat she used to show customers boats with, in the devastating Conley Bottom Fire last spring. She still managed to smile through the pain and trust God. She loved breaking the monotony of registering at doctor offices and hospitals with name, birthdate, then adding "And I have 5 grandkids". She leaves behind a treasured son in law Barry Cooper (Lexington), 3 daughters, Elizabeth Cooper (Lexington), Sarah Miller (Berea), Katie Miller (Somerset). As well as 5 grandchildren, Henry Cooper, Mallie Lynn Cooper, Ford Cooper all of (Lexington), and Elise Burton and Noah Burton both of (Somerset). She also leaves behind two sweet sisters, Debbie Eversole and her husband Darrell Eversole (Berea) and Tonja Rogers (Mt. Sterling ). She will be sorely missed by all who loved her hugs and infectious smile. She was will be laid to rest in a small private ceremony at St. Mildred's. There will be a celebration of life Mass at St. Mildred's Catholic Church after the Covid-19 threat has passed. The family asks that any expressions of sympathy be made to Hospice at UK hospital, Bluegrass Care Navigators, 2312 Alexandria Dr, Lexington, KY 50504 or by phone at 859-492-0812.
Pulaski Funeral Home is honored to assist the family at this time.
Published on March 26, 2020
To plant a tree in memory of Terry Miller, please visit Tribute Store.

Plant a tree in memory
of Terry

A place to share condolences and memories.
The guestbook expires on June 24, 2020.

NANCY LEACH
TOM I WORKED AT BEREANATIONAL BANK AND IT WAS ALWAYS A JOY FOR TERRI TO COME IN. SHE BRIGHTENED OUR DAY.
Gayle & Ray Shepherd
We are sorry to hear the sad news. Terry was “the Queen of Houseboats”, and so much more. She loved living on a houseboat. She was honest, and very knowledgeable about houseboats. And she loved her family. “It’s not goodbye, we’ll see you later”. Love and prayers 💕🙏
Donna Fridenmaker
Terry will be remembered as a kind and giving person that brought sunshine and flip flops to everyone she met. We will always be forever grateful that we met Terry and the Miller family 20 years ago. She will forever be in our hearts. God Bless her family.
Maggie metcalf
Terry was a wonderful woman. Sweet kind and knew everything about houseboats. I will always be glad I knew her and will miss Her positive outlook. She was one in a million.
Lloyd Johnson
Tom I’m so sad for your loss, pray that our Lord be with you now and the days ahead.
Kelly Guffey
Terry was, and will be, the houseboat queen. We shared so many laughs and stories at endless boat shows. She will be missed terribly. Prayers and love to the family.
Karen & Bob Moerlein
We are heart broken at the loss of such a sweet lady and friend. May your faith in our Lord Jesus Christ give you comfort during this devastating time in your life. May it bring you comfort knowing she is no longer suffering and is basking in the glory of heaven.
Connie Hurst
Sending love & sympathy to the family & keeping you in prayer. Walter & Connie Hurst
View all