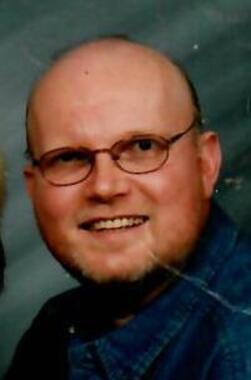 Back to Richard's story

Richard Lee "Richie" Nicholas, 58, of Somerset, passed away Friday, July 12, 2019 at his residence.
He was born in Somerset, Kentucky on January 16, 1961; son of the late Donald Lee and Doris Jean Stephens Nicholas. He was a former warehouse laborer for H. T. Hackney and of the baptist faith.
Richie is survived by his daughter, Chelsea Leann Nicholas of Somerset.
He was preceded in death by his wife, Susan Mize Nicholas; his parents; his son, Jordan Lee Nicholas.
A funeral service will be 1:00 PM Tuesday, July 16, 2019 at the chapel of Morris & Hislope Funeral Home, with Bro. Ferlin Price officiating.
Burial will be in Lakeside Memorial Gardens.
Visitation will be after 11:00 AM Tuesday at Morris & Hislope Funeral Home.
Morris & Hislope Funeral Home is in charge of the arrangements.
Condolences may be expressed to the family at: www.morrisandhislope.com.
Published on July 15, 2019
To plant a tree in memory of Richard Lee Nicholas, please visit Tribute Store.

Plant a tree in memory
of Richard

A place to share condolences and memories.
The guestbook expires on October 13, 2019.

Restore this Guestbook to share a memory or message of condolence of your own.