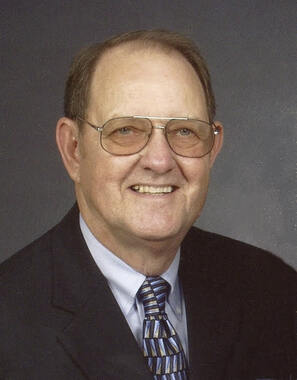 Back to Richard's story

Richard Wayne Large, age 84, of Eubank, KY, passed away on Thursday, January 9, 2020 at his residence.
Richard was born on November 20, 1935 in Somerset, KY to the late Charles Alden Large and Edith Mae Hunt Large. He was a supervisor at Tecumseh for over 22 years. Richard was a 22 year veteran of the United States Army, where he served two tours of duty in Korea and two tours of duty in Vietnam. He served as Deacon of Bethel Baptist Church. Richard enjoyed working on old cars and visiting junkyards. He loved the Lord and his family and was devoted to his country.
He is survived by his wife, Zellene Flynn Large, who he married on December 7, 1957 in Kansas City, MO; two sons, Jim (and Wanda) Large of Somerset and Tony (and Tracy) Large of Somerset; one brother, Gerald Alden Large of Somerset; one sister, Elaine Trimble of Somerset; one sister-in-law, Jean Large Stone of Somerset; three grandchildren, Jonathan Large, Jamie (and Curtis) Spears and Kaitlyn (and Denton) Caudill; and one step grandchild, Jade Smith.
Along with his parents he was preceded in death by one brother, Charles Robert "Bob" Large; and one infant sister, Anita Large.
Visitation will be on Sunday, January 12, 2020 from 5:00pm until 8:00pm at Lake Cumberland Funeral Home.
His funeral service will be held on Monday, January 13, 2020 at 11:00am at the Chapel of Lake Cumberland Funeral Home with Bro. Rick Shannon officiating. Burial will be at Mill Springs National Cemetery. Military Honors will be conducted by the American Legion Post #38 Honor Guard.
In lieu of flowers, the family requests expression of sympathy be made to Alzheimer's Research, Hospice of Lake Cumberland or Bethel Baptist Church Building Fund.
You are welcome to view the obituary and send condolences to the family at our website: www.LakeCumberlandFuneralService.com
Lake Cumberland Funeral Home is entrusted with the arrangements for Richard Large.
Published on January 12, 2020
To send flowers to the family of Richard Large, please visit Tribute Store.

Send flowers
in memory of Richard

A place to share condolences and memories.
The guestbook expires on April 10, 2020.

Chrissa
Tony,
I am so sorry for your loss, I know how much you admired and loved your father. Heartfelt thoughts for you and your momma.
With sympathy,
Chrissa
View all