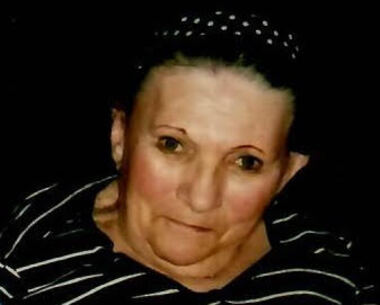 Back to Margaret's story

Margaret Colone Coomer, 76, of Somerset, passed away on Tuesday, January 21, 2020 at Lake Cumberland Regional Hospital.
She was born January 30, 1943 in New Castle, Indiana; daughter of the late Walter C. & Pearl Ann (Hall) Carrender.
She is survived by two sons, Walter & (Ashley) Coomer of Eubank and Scot Coomer & (Corttney Harper) of Science Hill; three daughters, Terri Navarete, Cecilia & (Alvin) Montgomery, & Sue Moreno all of Tuson, Arizona; three brothers, Daniel, Joe, and Emerson & (Eileen) Carrender of Arizona; a sister, Amitria King of New Castle; seven grandchildren, Marieka, Brennan, Trenton, Austin, Colton, Addy, & Triston Coomer; and two great-grandchildren, Levi & Arianna Glover.
She was preceded in death by her parents and her husband, Willie C. Coomer.
A Funeral Service will be held 1:00 PM Friday, January 24, 2020 at the Chapel of Morris & Hislope Funeral Home with Bro. Gerald Ashley officiating.
Burial will be in Grave Hill Cemetery.
Visitation will be after 11:00 AM Friday, January 24, 2020 at Morris & Hislope Funeral Home.
Morris & Hislope Funeral Home is in charge of the arrangements.
Condolences may be expressed to the family at www.morrisandhislope.com
Published on January 23, 2020
To plant a tree in memory of Margaret Coomer, please visit Tribute Store.

Plant a tree in memory
of Margaret