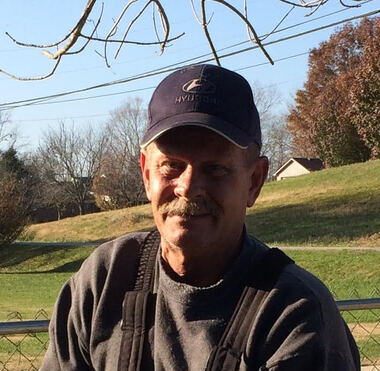 Back to Larry Gene's story

Larry Gene Todd of Somerset, Kentucky went to be with the Lord on January 20th,2020. Larry was born on August 11th, 1952 to Betty Ruth (Hines) Todd-Wesley and Glenn Edwin Todd. Larry is survived by his two daughters, Gillia Orihuela of Lexington, Kentucky and Emily Todd of Granger, Texas. Larry is also survived by his two brothers Glenn Douglass 'Doug' Todd of Somerset, Kentucky and Carroll Edwin Todd of Eubank, Kentucky; as well as one grandson, one granddaughter, two nieces, one nephew, six great nephews and three great nieces. Early in his life, Larry served the United States of America in the Air Force and was an active member of the Veterans Organization AMVETS, Post 125 in Somerset, Kentucky. Larry was an avid fisherman and spent much of his time on Lake Cumberland. Larry also enjoyed any sort of car race and especially loved watching the races with his life long best friend John Hale. Larry was well known for his grand sense of humor and ability to make any moment a laughable moment.
A celebration of life will be held in the coming months. Future details of the Celebration will be printed in the Common Wealth Journal.
Condolences may be expressed to the family at: www.morrisandhislope.com
Published on January 23, 2020
To plant a tree in memory of Larry Gene Todd, please visit Tribute Store.

Plant a tree in memory
of Larry Gene