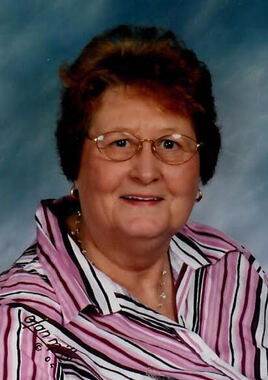 Back to Juanita's story

Juanita Alton, daughter of the late Marshall and Nora Keith, was born in McCreary County, KY on May 26th, 1943 and departed this life on December 1st, 2019 at her Somerset residence, having attained the age of 76 years.
She was first united in marriage to Estil Upchurch who preceded her in death. She was later wed to Mr. Tommy Alton of Somerset. He also preceded her in death.
Juanita had one son, Paul Upchurch he lived in Burnside, KY preceded her in death, also preceding her in death are one granddaughter, Joy K. Upchurch and one grandson, Anthony Upchurch.
She is survived by one daughter, Kathy and her husband Thomas Gregory of Somerset, KY; four granddaughters, Donna and James McClanahan of Orange, Texas, Nancy and Aaron Chapin of Vancover, Washington, Juanita Patten of Orange, TX and Jackie and Robert Wesley of Somerset, KY; two grandsons, Tony and Abby Gregory of Harriman, TN, Corey and Connie Upchurch of Somerset, KY; four great granddaughters, Mahala McClanahan of Orange, TX, Julia Wesley of Somerset, KY, Caitlynn and Kelsey Upchurch of Somerset, KY; six great grandsons, Slade McClanahan of Orange, TX, Matthew Wesley of Somerset, KY, Anthony Upchurch of Somerset, KY, Landon and Kaysen Patten of Orange, TX, J.P. Rodriguez of Newalla, OK.
Other than her daughter and grandchildren, she is survived by a daughter-in-law, Denise Upchurch of Burnside, KY; a brother-in-law, Russell Cox of Somerset, KY as well as five step-children.
Juanita was a retired nurse, Dog Groomer and also provided care for her two foster children; Wanda Atkinson and Allen Bray.
She lived and worked in Somerset most of her life and she adhered to the Baptist Faith.
She was a loving, kind and caring person who will be greatly missed by those who knew her and leaves a host of relatives and friends who mourn her passing.
A funeral service will be held at 1:00 p.m. Monday, December 9, 2019 at the Chapel of the Pulaski Funeral Home with Bro. David Carr officiating. Entombment will follow in the Mausoleums at Lakeside Memorial Gardens.
The family of Mrs. Juanita Alton will receive friends at the Pulaski Funeral Home from 5 to 8 p.m. Sunday, December 8, 2019.
Pulaski Funeral Home is in charge of all arrangements
Published on December 6, 2019
To plant a tree in memory of Juanita Alton, please visit Tribute Store.

Plant a tree in memory
of Juanita

A place to share condolences and memories.
The guestbook expires on March 05, 2020.