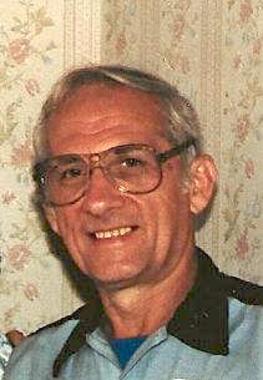 Back to John's story

John "Buddy" V. Hackney made his way home to be with the Lord on February 7, 2020.
He is survived by his wife, Irene Hackney; sons, Shannon, Tim & (Georgia), Joel & (Kathy), and John & (Tricia); grandchildren, Adam & (Kayla), Gabe, Rachel, Kristen & (Thilo), Ben, Jake, Daniel, Hannah, Johnny, and Leah; and his great-grandchildren, Abel and Nora.
He is preceded in death by his parents, Sidney and Edna, and his older sister, Joyce.
Buddy was born on December 2, 1933 in Eubank, Kentucky. He was the second of four children: Joyce & (Harold), Paul & (Jean), and Danny & (Brenda). In 1954 he was drafted into the United States Army and served in Germany for two years. Upon his return, he and his wife were married in 1959. He and Irene later moved to Cincinnati and he worked at Cordes Lumber for over 40 years. Buddy served his church community for many years. He aided the pastor by signing his sermons for those who were hearing impaired. He signed for the adult Sunday School classes as well. Upon retirement, he opened his own woodworking business, Hackney Millwork. Examples of his work can be seen throughout the city of Cincinnati.
Buddy was known as many things, Brother, Husband, Father, Grandfather, Great-grandfather, giver of nicknames, follower of Christ. His life was driven by hard work, faith, generosity, and family; and his memory will be cherished by all those who knew him.
A funeral service will be held at 2 PM Saturday, February 15, 2020 at the chapel of Morris & Hislope Funeral Home.
Burial will be in Eubank Cemetery.
Visitation will be after 12 PM Saturday, February 15, 2020, until time for services.
Morris & Hislope Funeral Home is in charge of arrangements.
Condolences may be expressed to the family at: www.morrisandhislope.com.
Published on February 10, 2020
To send flowers to the family of John Hackney, please visit Tribute Store.

Send flowers
in memory of John

Beautiful in Blue was purchased for the family of John Hackney by Jim and Lindsay Jamison.  Send flowers