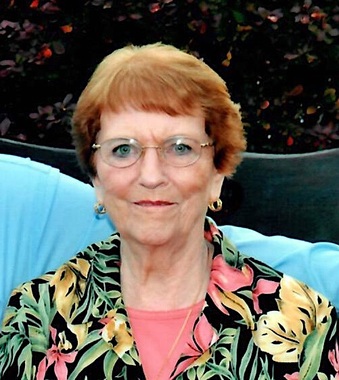 Back to H.'s story

H. Joyce Buis, age 92, of Waynesburg, passed away Wednesday, January 22, 2020 at home.
She was born on July 24, 1927 to the late Raymond "Ray" & Tressie (Reynolds) Barron. She was a graduate of Waynesburg High School and a devoted member of Waynesburg Church of Christ, where she served as a treasurer for over 50 years. She worked for the First State Bank (now Cumberland Security Bank) in Eubank for 27 years, leaving there in 1985 to work with her husband, Edward Buis, in their furniture and appliance business. She was secretary and treasurer of Buis Appliance & Furniture. She was a Kentucky Colonel, and a past member of Eubank Homemaker Club. She was married to her first husband, James H. Claunch for 8 years who preceded her in death in 1955; and to her second husband, Edward H. Buis for 57 years, who also preceded her in death in 2015.
She is survived by a daughter, Diane Claunch Brown of Danville; a son, Douglas E. & (Dianna) Buis of Eubank; four brothers, Beecher & (Ann) Barron, Don Barron, Robert & (Barbara) Barron, and Roger & (Matilda) Barron; one sister, Alice; three grandchildren, Jackie Lynn & (Loren) Hall of Truth or Consequences, New Mexico, Shawn & (Rachel) Buis of Yosemite, and Cris Buis of Eubank; two great-grandchildren, Ryan & (Dianna) Hall and Seth & (Elizabeth) Hall of Truth or Consequences, New Mexico; and two great-great grandchildren, Keyden Hall & Zoe Hall; and many nieces & nephews.
She was preceded in death by her parents, Ray & Tressie Barron; her first husband, James H. Claunch; her second husband, Edward H. Buis; an infant brother, Loren Lee Barron; a brother, Raymond Milton Barron; and a sister, Dorothy Faye Ray.
A Funeral Service will be held 2:00 PM Saturday, January 25, 2020 at the Chapel of Morris & Hislope Funeral Home with Bro. Carthel Thomas & Bro. Randy Reynolds officiating.
Burial will be in Double Springs Cemetery.
Visitation will be after 12:00 PM Saturday, January 25, 2020 at Morris & Hislope Funeral Home.
In lieu of flowers, the family requests donations be made to Heritage Hospice of Danville or Waynesburg Rescue Squad.
Morris & Hislope Funeral Home is in charge of the arrangements.
Condolences may be expressed to the family at: www.morrisandhislope.com.
Published on January 24, 2020
To send flowers to the family of H. Joyce Buis, please visit Tribute Store.

Send flowers
in memory of H.

A place to share condolences and memories.
The guestbook expires on April 23, 2020.