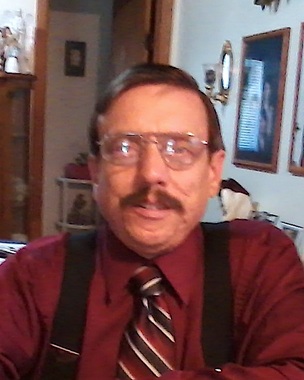 Back to Douglas's story

Douglas Stutz, 63, of Bethelridge, entered into eternal rest at his residence on Friday, January 17, 2020.
He was born on October 16, 1956 in Germany. He was a Christian, Methodist minister and also a member of Bethelridge United Methodist Church.
Doug is survived by his wife, Shirley Holtzclaw-Stutz; his mother, Carol Lundrigan; three daughters, Lori & (Bill) Hall, Sandy & (Kevin) Fraga, and Diane & (Michael) Hall; eleven grandchildren; one sister, Deborah & (Doug) Lee; and a step-brother, Ricky & (Sue) Lundrigan.
He was preceded in death by his step-father, Jim Lundrigan.
A Funeral Service will be held 1:00 PM Monday, January 20, 2020 at the Bethelridge United Methodist Church with Bros. Darrell Vance, Richard Held, & Loren Pennington officiating.
Visitation will be after 11:00 AM Monday, January 20, 2020 at the Bethelridge United Methodist Church.
Doug's funeral arrangements are entrusted with Morris & Hislope Funeral Home in Science Hill and will be buried at Bethelridge Cemetery.
Condolences may be expressed to the family at: www.morrisandhislope.com.
Published on January 18, 2020
To plant a tree in memory of Douglas Stutz, please visit Tribute Store.

Plant a tree in memory
of Douglas

A place to share condolences and memories.
The guestbook expires on April 17, 2020.