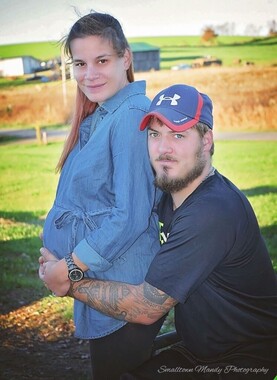 To follow Donna and Bobby's Story, enter your email.

Back to Donna and Bobby's story

Donna Lorrin Eldridge, 30, of Eubank, passed away on October 27, 2019. She was born in Pensacola, Florida on June 29, 1989; daughter of Walter & Anita (Aquilar) Rudin. She was the sister of David Rudin of Tampa, Florida.
Bobby Edgar "Eddie" Eldridge, 33, of Eubank passed away Wednesday, January 8, 2020. He was born in Danville on May 5, 1986; son of Marie Taylor & Bobby Dale Eldridge. He was the brother of Jake Edward & (Amanda) Eldrigde of Valdese, North Carolina and Stacey & (Brandon) Bullock of Eubank.
They leave behind two sons, Bobby Matthew & Kevin Kory Eldridge; as well as two nieces and four nephews.
They were preceded in death by a brother-in-law, Kevin Sandidge.
They were both U.S Army Veterans.
A Memorial Service will be held 1:00 PM Saturday, January 18, 2020 at the Chapel of Morris & Hislope Funeral Home with Bro. Kevin Bullock officiating.
Visitation will be after 11:00 AM Saturday, January 18, 2020 at Morris & Hislope Funeral Home.
In lieu of flowers, the family request expressions of sympathy take the form of donations to the Bobby Edgar & Donna Lorrin Eldridge Memorial Fund.
Morris & Hislope Funeral Home is in charge of the arrangements.
Condolences may be expressed to the family at: www.morrisandhislope.com.
Published on January 10, 2020
To plant a tree in memory of Donna and Bobby Eldridge, please visit Tribute Store.

Plant a tree in memory
of Donna and Bobby

A place to share condolences and memories.
The guestbook expires on April 09, 2020.