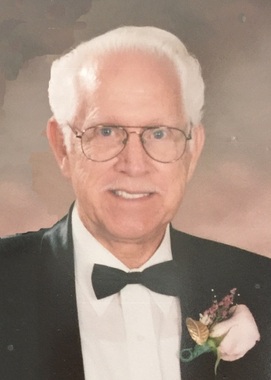 Back to Delmar's story

Bro. Delmar Whitter, 83, of Eubank, Kentucky passed away Saturday, December 7, 2019 at Lake Cumberland Regional Hospital surrounded by his loving family.
He was born in Eubank, Kentucky on February 2, 1936; son of the late Willie "Red Tom" and Roxie Hodge Whitter. He was a Veteran of the United States Military.
He was a pastor of many churches throughout his 47 year career; starting at Buck Creek Baptist Church for 7 years, moving to Floyd Switch Baptist Church two times for 4 and 1/2 years. He would later pastor Oak Grove Baptist Church #2 for 4 years, and the congregation would call him back to pastor 18 more years. Afterwards, he pastored Good Hope Baptist Church for eight months. He then started being a supply minister traveling to many churches, preaching revivals in not only Pulaski Co., but throughout Kentucky and surrounding states as well.
Throughout his career he officiated over numerous funeral services for family, friends, and fellow church members; he was a chaplain for Post 162 in Science Hill, and Lake Cumberland Regional Hospital. While preaching God's word for 47 years was tough at times, God saw him through all of it.
He was a devoted father, grandfather, husband and friend who passed away with Jesus in his heart. He was a devoted christian, who was thankful for his christian wife who was by his side the entire time; they raised five children who each were christians.
He is survived by his wife of 65 years, Laverne Smith Whitter, whom he married on January 15, 1955; four children, Steve & (Elaine) Whitter, Pat & (Ed) Massey, Leshia & (Junior) Meece, and Brian & (Alpha) Whitter; a daugther-in-law, Debbie Whitter; grandchildren, Amy, Kristie, Gary Lee, Bruce, Amanda, Heather, Megan, Kara, Josh, Jordan, and Jaylynn; great-grandchildren, Vera, Aliza, River, Ella, Aiden, Addie, Sophie, Scarlett, and Paisley. The family wishes to extend their sincere appreciation to Alpha for her dedicated care.
He was preceded in death by, his son, Bobby Whitter; his parents; brothers and sisters, Edith Morris, Charles Whitter, Jessie Mae Branscum, Nellie Hacker, and Robert Whitter.
A funeral service will be held at 11 AM Wednesday, December 11, 2019 at the chapel of Morris & Hislope Funeral Home with Bro. David Gambrel and Bro. Ronnie Haste officiating.
Military Honors will be performed by American Legion Post # 38.
Burial will be in Freedom Cemetery.
Visitation will be after 5 PM Tuesday, December 10, 2019 at Morris & Hislope Funeral Home.
Morris & Hislope Funeral Home is in charge of arrangements.
Condolences may be expressed to the family at: www.morrisandhislope.com.
Published on December 9, 2019
To plant a tree in memory of Delmar Whitter, please visit Tribute Store.

Plant a tree in memory
of Delmar

Jeanne Howson Crockett
So sorry to hear of Delmar's passing, so glad I saw him at the Polly Ann reunion. I will keep you in my prayers. Love you all
View all